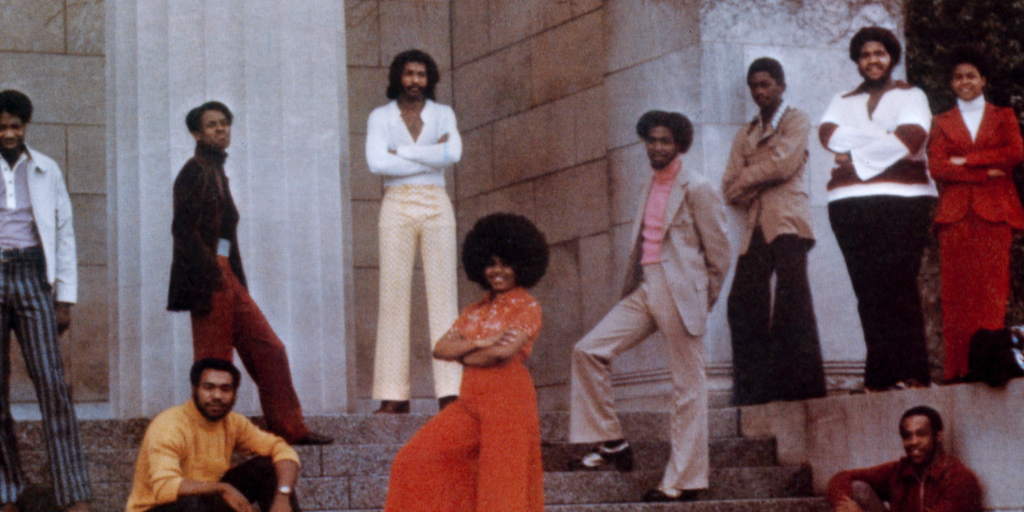 In 1973, Enterprise Records, a subsidiary released a landmark LP that would, over time, help change the face of Black music. The 24-Carat Black, a group of more than a dozen young musicians from Cincinnati, and their producer, Dale Warren, created Ghetto: Misfortune’s Wealth, a genre-bending, orchestral soul masterpiece that, due to Stax’s financial troubles, never received the support it needed to gain listeners. Fast forward 20 years to the 1990s: hip-hop DJs have discovered the deep grooves, powerful vocals, and pointed political commentary and sampled it for their own recordings. Since then, Kendrick Lamar, Jay-Z, Digable Planets, and many more have sampled The 24-Carat Black.

Join us for a roundtable discussion with three former band members – Princess Hearn, Jerome Derrickson, and C. Niambi Steele – and author Zach Schoenfeld, who wrote the definitive biography of the band for the University of Texas Press’ 33 1/3 series.