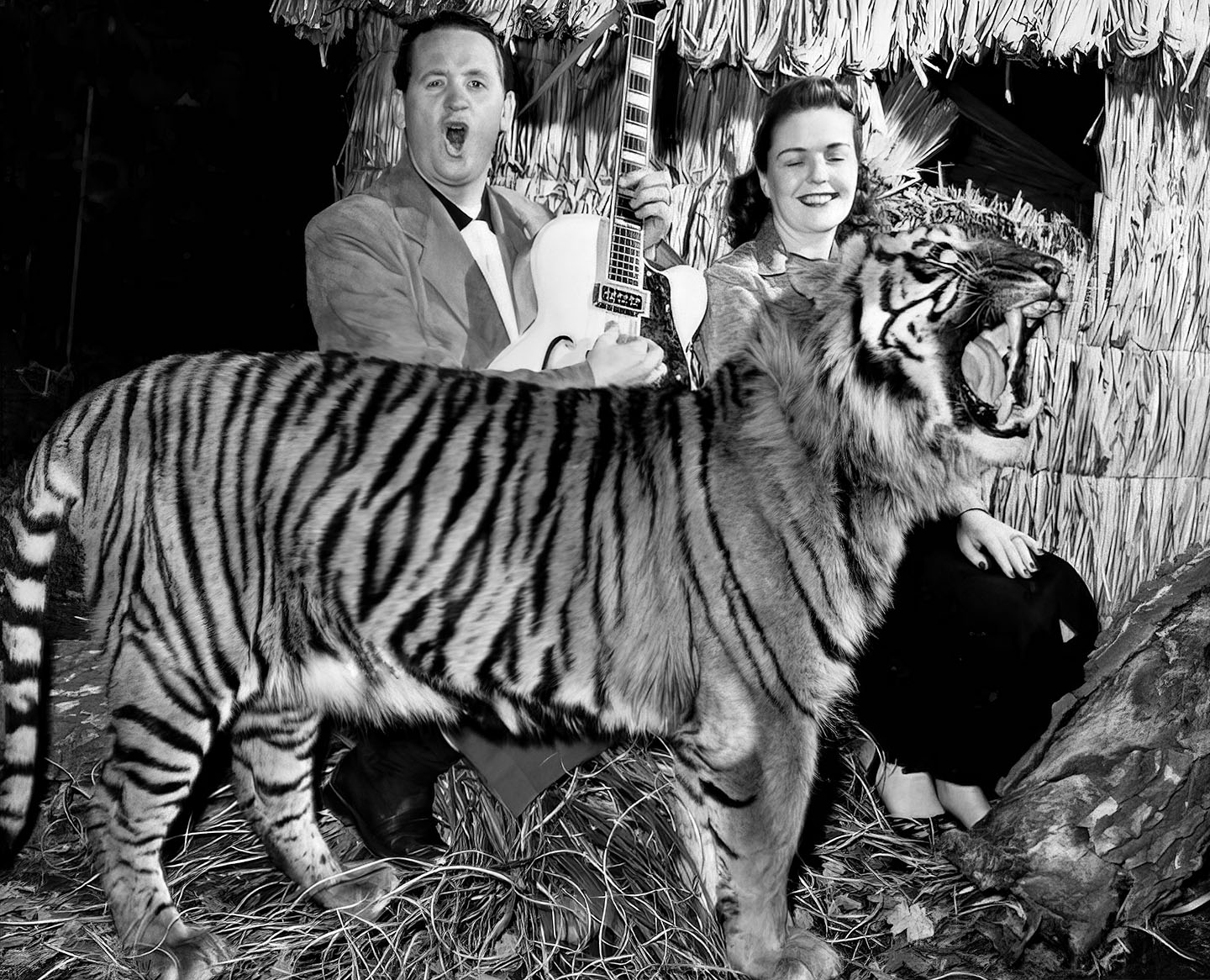 Les Paul Thru the Lens

Les Paul Thru the Lens explores the life of pioneering musician and innovator Les Paul. Through a series of 24 photographs, visitors will see a chronicle of Paul’s life, career, and achievements: his early performances as Red Hot Red, his marriage to and work with Mary Ford, his explorations in the recording studio and with the electric guitar, and of course his long and influential performing career. Collectively, the images provide an intimate view into the life of an icon of the music and sound products industry and remind us that, through it all, music—and the industry—are inseparable from the people who make it.

In the photo at left: In January 1952, “Tiger Rag” hit the charts for Les Paul and his wife Mary Ford. It was one of the first recordings where Mary and Les used the new Gibson solid body electric guitars instead of the klunker guitars. Capitol Records arranged this publicity photo with a Hollywood tiger. Les relayed that Mary was terrified of the tiger.